Yesterday I treated myself to some R&R at Caldea, Europes’s largest (6000 square metres) thermal spa, located in the tallest building in Andorra! There are two areas in the facility: Caldea, which has indoor and outdoor pools (the kind of outdoor pool that you access from inside, swimming through double-layered plastic flaps to keep the heat inside), Roman baths, steam rooms, water massages, hot tubs, saunas and a variety of different relaxation rooms. I paid the extra seven Euros to have access to the adult-only section (called Inuu) as well, which had three more indoor pools all connected to one another and attached to an additional outdoor pool, hot tubs, two more steam rooms, a sauna, water beds that you could relax on, an Aztec pool (you walk against the current over smooth pebbles for a foot massage) and a grapefruit pool which is as it sounds — a pool with a ton of grapefruits floating in it! The seven Euros also included flip flops, a fluffy white bathrobe, and unlimited water, juices and fruit infused water for rehydration.

It was worth it for me to upgrade to the adult-only section as there were only eight of us in the entire place which meant I was often in a pool on my own, opposed to Caldea which had visiting tour buses, and school groups making it a great time for a family, but at the volume of a community pool on Family Day weekend. I made an effort to try everything offered in both Caldea and Inuu, and was able to spend about two and a half hours there before I started wondering what the boys were up to.

I snuck a few photos but didn’t want my camera to get wet, so I’ll attach a link to the site, if you have interest — spoiler alert: it’s not in English. Andorran’s speak French, Spanish and Catalan which makes them instantly more interesting to me, than us single-language folks. Many hotel employees speak English but even at restaurants and shops, it was sporadically spoken, so we got to practice our French, which was great.

Don’t go feeling sorry for Tyler, as he and Baby went to a Star Wars exhibit to see props that had been used in a variety of their films. He’s not sure which ones, as it wasn’t in English either, but said he had a great time, and because he showed up after hours and had a cute baby with him, he was allowed access to the museum and was the only one in there! That doesn’t sound like we had equal days of fun to me, but for him being the nerdy birdy that he is, it was a treat!

Caldea was certainly worth the visit, if you ever find yourself in the area! 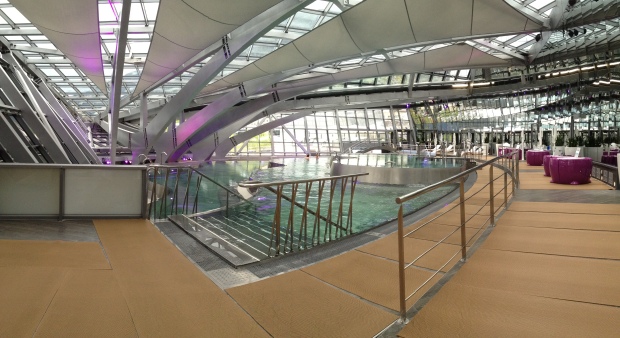 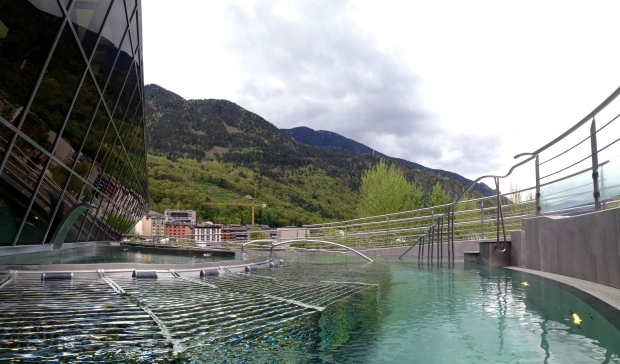 Exterior pool at Inuu — note the cool beds you can lay on with the headrest. 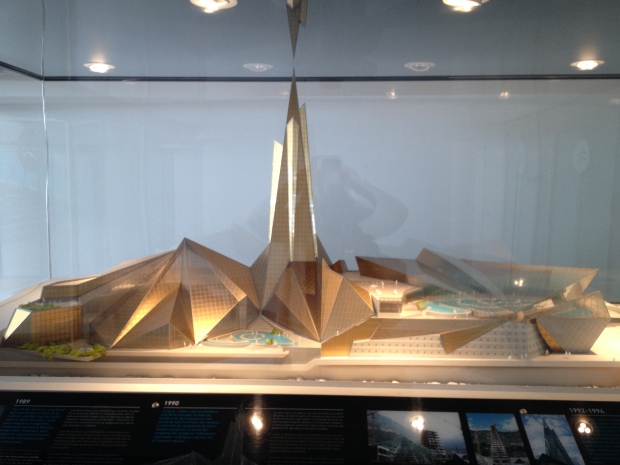 Model of the building. 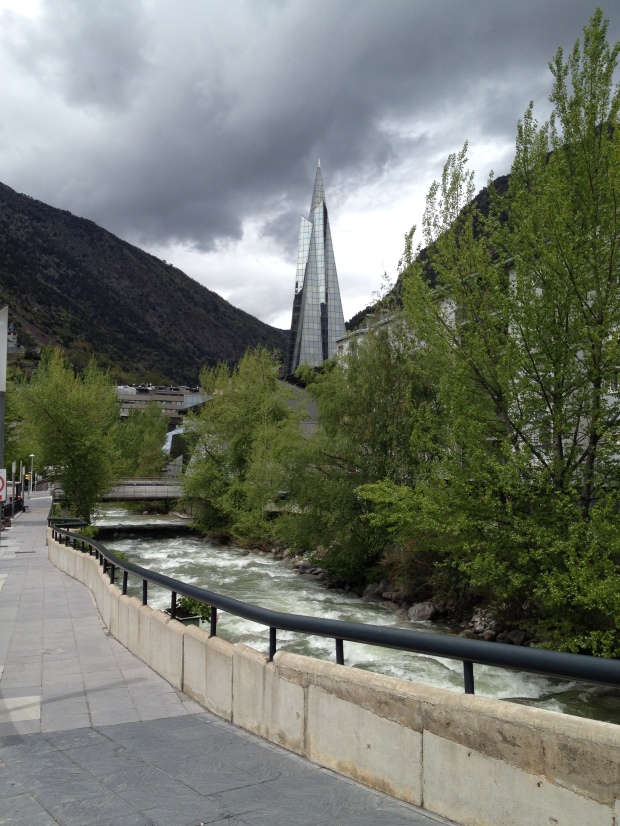 Caldea — the tallest building in Andorra!